The Philippines, despite the on-going Comprehensive Tax Reform Program (CTRP) of the “Corporate Income Tax and Incentives Reform Act” or CITIRA, can still convince local and foreign investors not to move out of the country. According to Albay Representative Joey Salceda, methods such as proper economy management and the investor’s national goals are the strategies that can persuade investors to stay.

According to Salceda, CITIRA aims to reduce the corporate income tax rates from 30% to 20% by 2029 for almost a million businesses rationalizing incentives. It also increased the Gross Income Earned (GIE) from 5% to 7%. CITIRA is previously known as the “Tax Reform for Attracting Better and High-Quality Opportunities” or the TRABAHO bill.

The bill seeks to rationalize the fiscal incentives or specific tax perks offered by the Philippine Economic Zone Authority (PEZA) and other investment promotion agencies. This measure will retain the current incentives for a period of two years while investors will have enough time to adjust to the new tax scheme.

Investors Will Stay Once They Understand CITIRA – Rep. Salceda

After PEZA Director General Charito Plaza pushed for an appeal to exempt the investment promotion agency, Salceda assured that locators would not leave the country after reading the details and understanding the features of the upcoming CITIRA act.

“Once they read the law, they will stay. They will stay. Under the law-theirs’ is only ideological resistance to change, but it’s always change for the better,” he said.

Salceda previously cited 2015 statistics, saying the government granted the companies in PEZA’s economic zones (Ecozones) with almost Php 235 billion in incentives while generating a total of 1.26 million jobs. The Albay representative remains positive that the willfulness of the Philippines’ top management will attract new investors to the country.

“In our most reasonable estimate, CITIRA is good for our country, good for our people and it is the right thing to do. Cabinet members know their options too. After all the policy noise for almost two years, it is time for them to speak with one voice.” he said.

“We can never perfect legislation but one thing is sure: it is bad to prolong the business uncertainty and the best thing to do is to approve it and allow investors to decide on that basis,” he added.

As of this writing, there are ongoing talks for foreign investments in the country such as an Australian firm expressing interest in acquiring the Hanjin shipyard in Subic Bay. Investments approved by the Philippine Economic Zone Authority (PEZA) also increased to 7.9% which is equivalent from Php 77.4 billion to Php 83.52 billion during the same period last 2018. 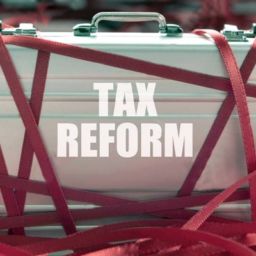 The Philippine Economic Zone Authority (PEZA) requested for their exclusion from the rationalization of fiscal incentives under House Bill (HB) No. 4157, also known as the “Corporate Income Tax and Incentives Reform Act (CITIRA).”