Fitch reported, most of the digital banks in the Philippines that were granted licenses to operate are either subsidiaries of existing banks or smaller tech start-ups.

Fitch stated, “This indicates that competitive pressures for incumbents will be less intense than in other markets, especially as the country has a large pool of unbanked consumers.”

Fitch noted that the Philippines, Vietnam, and Indonesia are the most workable countries in lending business expansion, especially for micro, small, and medium enterprises (MSMEs).

With the growing number of digital banks and changes in the business landscape, Fitch believes that Philippine banks continue to deprecate physical branches in their physical distribution strategy as observed in the reduced branch networks over the ASEAN region.

Fitch noted that “Even in the Philippines, where physical branches have been growing and are a differentiating competitive factor, the growth of branches has plateaued since the start of the pandemic as banks prioritized on improving their digital banking channels to serve customers under mobility restrictions.”

Fitch also stated that banks in Southeast Asia have been shifting to digital processes to keep up with the growing competition. The drive for digitization will help banks pursue a more efficient and user-friendly operation.

Fitch expressed that the Philippines, Vietnam, and Indonesia focus on expediting digital operations. Some leading fintech players like CIMB Bank Philippines partnered with e-wallet giant G-cash, gaining its customer base to more than three million in just two years after the partnership.

Despite the digitization changes, Fitch gave a warning, “We believe the new digital banks and leading incumbents can coexist, with the former focusing on under-served segments, while the latter consolidate around their core customer groups. However, the journey toward that new equilibrium could subject banks to significant competition, disruption, and attrition.” 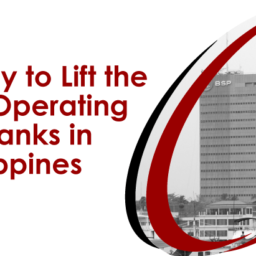 The Bangko Sentral Ng Pilipinas (BSP) is likely to lift the limit on the number of allowed digital banks in the Philippines.