According to the 2019 Asian Development Outlook forecast of the Asian Development Bank (ADB) on the Philippine economy, the country suffered a significant economic growth skid from December 2018’s 6.7% to this year’s 6.4%. ADB trimmed this year’s forecast due to the delay of the national budget’s approval and the expected global economic slowdown.

ADB’s 2019 Asian Development Outlook (ADO) shows that the Philippines’ gross domestic product (GDP) is expected to grow at 6.4% in 2019 and 2020 from last year’s 6.2%. According to Kelly Bird, ADB Country Director for the Philippines, the main factors of the country’s trimmed economic growth are prolonged exposure to El Niño and the delay in approving the 2019 national budget. Such delays can hamper the progress of implementing the latest and largest infrastructure and social programs for this year.

ADB cites the trade conflict between the United States of America and China as the primary risk to the economic outlook of the Southeast Asian region with continued negotiations propelling ambiguity towards global trade. Other risks include the potential rapid slowdown in advanced economies as well as financial volatility.

However, the ADB sees the Philippines as the only country with a favorable growth forecast this year compared to neighboring Southeast Asian countries. Bird states that the sentiment attributes to the vast expenditures on public infrastructure as a result of the government’s “Build, Build, Build” program and positive consumer outlook. “The Philippines has a major infrastructure spending program that’s keeping economic growth well above the other neighboring countries,” he said.

Recent government reforms laid the foundation for raising GDP growth prospects and its potential. Besides the government’s “Build, Build, Build” program, the government implemented the TRAIN law (Tax Reform for Acceleration and Inclusion) to create an equitable and efficient tax system. The revision of the Philippine Corporation Code and 2018’s Ease of Doing Business Act are seen as “economic prospects” in the private investment aspect.

The delay in approval of the government’s national budget may have slowed down expenditure. However, Bird believes its approval will prompt the country’s economic growth to keep up with other countries. According to him, the government will have the opportunity to catch up once the national budget is approved. 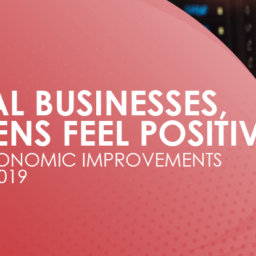